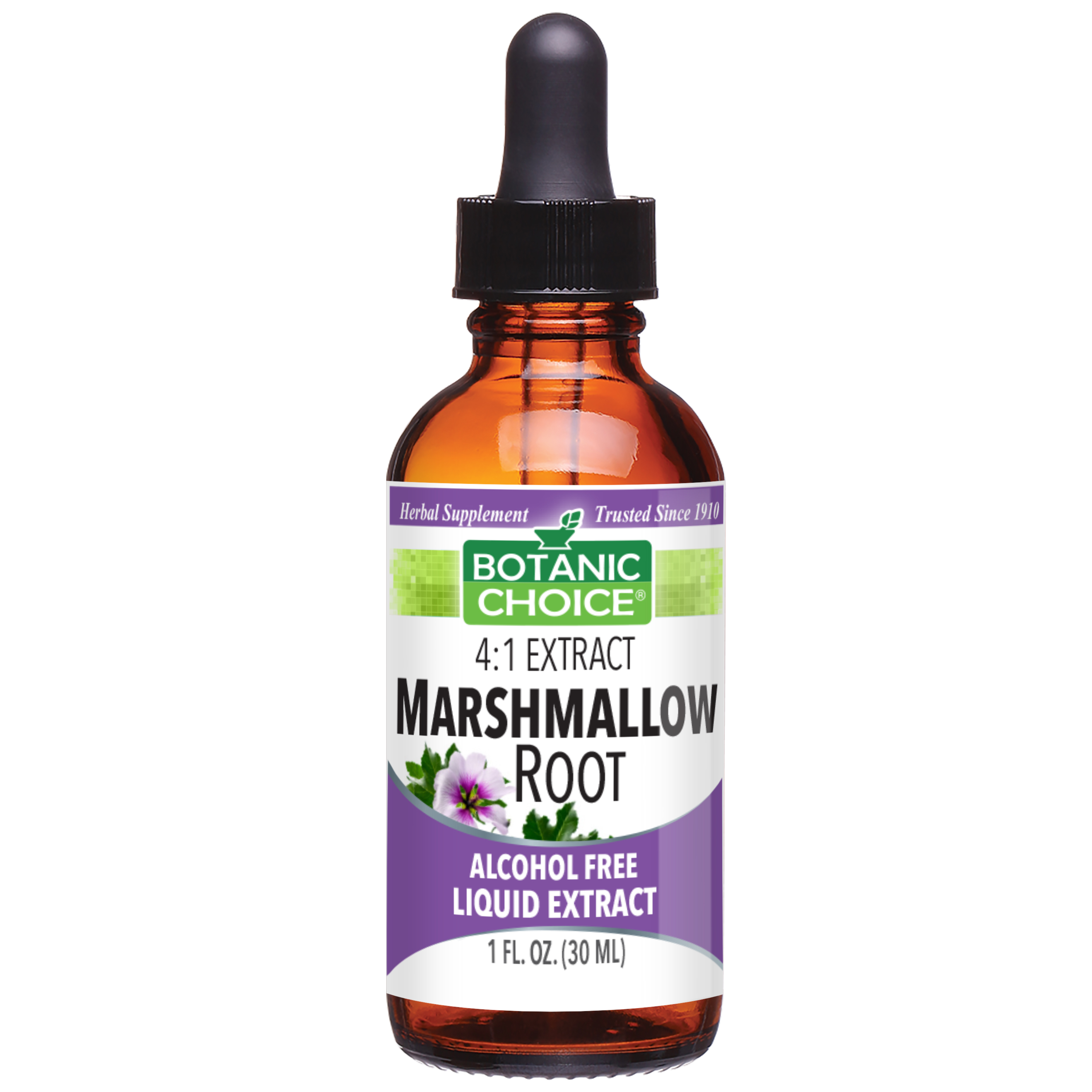 A member of the hibiscus family, marshmallow root was originally used in traditional Greek medicine, then later in Ayurvedic medicine. Its botanical name, althaea officinalis, is derived from Greek meaning "to cure." Common names include Althea Root, Sweet Weed and Marsh Mallow. Marshmallow root is a perennial native to Europe but now also found in the western United States. It is often discovered along riverbanks, roadsides and other marshy places. The plant grows to about five feet and bears a light red, white or purple hibiscus-like flower. All parts of the plant have been used for herbal remedies, cosmetics, cooking, and decoration.

Suggested Use
Take 1 mL 3 times a day in a small amount of water.
Reviews
Rated 5 out of 5 by PJF from Great Product! I have used this in the past and currently do so as well. It seems to be helpful..
Rated 5 out of 5 by StephB from Very Smooth 28 drops and the flavor isn't bad at all. Look forward to the results of this tincture.
Questions